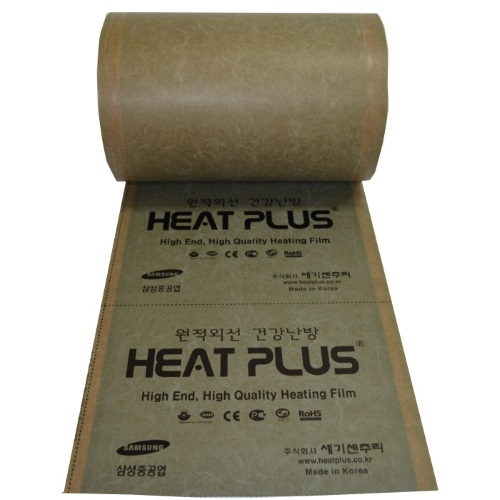 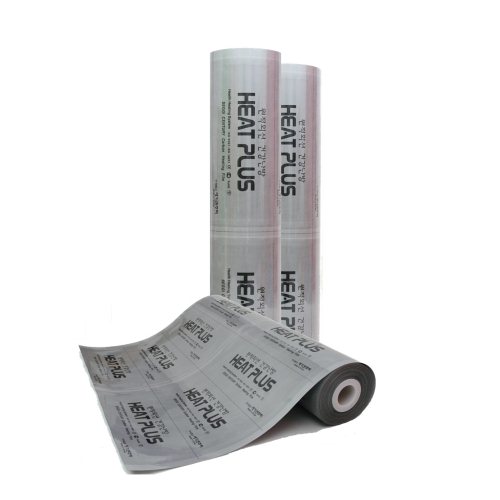 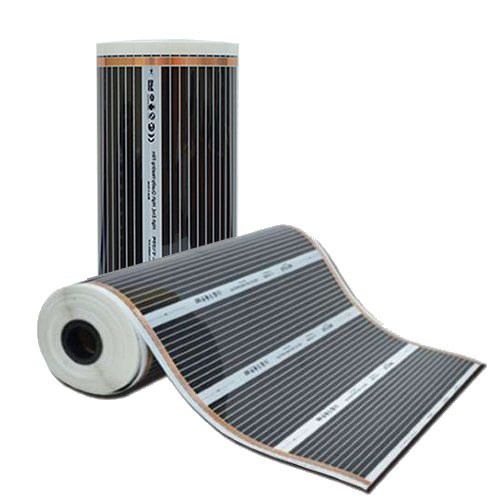 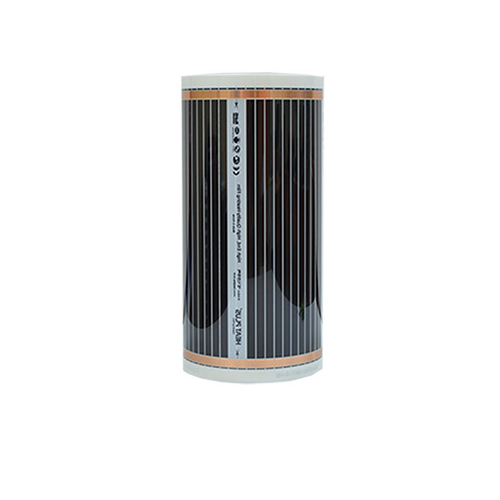 Hit Plus Sauna is a second-generation protected film consisting of nine layers including a polyester non-woven fabric that increases the film's strength. Due to the multilayer structure, the film has not only resistance to high temperatures, but also increased strength and reliability. This film is technologically designed for use under light coatings (laminate, linoleum, parquet, carpet, etc.) in places of heat blocking, and for laying on the screed for ceramic coatings. In the second case, special glue compositions are used to fix the film and tiles. The maximum film power is 900 W per square meter, which makes it possible to use the film in a medium with maximum thermal losses (snowmelt and anti-icing systems), and also be used as a heating element in the manufacture of heating electrical appliances. Infrared heating film is an element of the heating system with extremely high power levels. It is perfect for both classic flooring (laminate, parquet and others), and for ceramic tiles. Apply glue to successful work with the latter. The high-temperature heating film has a special layer made of carbon. The high-temperature heating film can be divided into three key features. First, a large range of sizes. The width is 30, 50, 60 centimeters and even a whole meter. Therefore, you can always choose the product depending on the size of the room. In the heating film for warm floors one meter wide, an additional nuance can be distinguished. Its design provides for the division into two equal parts of 50 centimeters. Such a property will allow to realize it as efficiently as possible by filling in absolutely the entire area of ​​the room. It will also be useful if you decide to purchase it for work with a small room. High-temperature heating film of 30 centimeters is suitable for fairly narrow aisles. The line for cutting into pieces passes every 20 centimeters, but this is only a recommendation. In practice, the product is divided into strips depending on the size of the room. By combining individual parts, you can achieve higher power ratings than those indicated in the film description. Secondly, the power of different models of high-temperature infrared film also varies. There are devices with indicators from 200 to 400 watts. Heating film can create a comfortable environment even in a room with large heat losses. Thirdly, the high-temperature heating film can be used both as the main and additional heating. When creating a device, HEAT PLUS specialists apply the principle of layering. The product has nine layers of silver, copper, carbon fiber already mentioned earlier, which plays an important role for the entire system, and other materials. Moreover, its thickness is less than one millimeter. The technology is based on non-woven fabric. This significantly improved safety performance during its operation. Specifically, the melting point has grown by more than one hundred degrees Celsius. As a result, the film is much less likely to fail, and its service life has increased. At the same time, even heavy furniture can be safely placed on it. It will not damage the heating film for warm floors. It is also suitable for use in anti-icing systems. Infrared heating film can be realized not only indoors, but also under paving slabs or a thin concrete layer. In the design of the heating film can distinguish the main component. It lies in the place where the contact between the tire of copper and the carbon layer occurs. It is thanks to this site that large amounts of heat are generated. Safety of contact is provided by a silver tire that blocks the entry of oxygen. In the production of high-temperature heating film is used only high-quality copper. It is necessary to reduce power losses to a minimum (this is achieved at the expense of the minimum possible resistance — 0.1 om). The result is so high efficiency, exceeding 95%.


Warning: Use of undefined constant php - assumed 'php' (this will throw an Error in a future version of PHP) in /home/heatplus/public_html/heatplus.ua/wp-content/themes/heatplus/archive.php on line 177 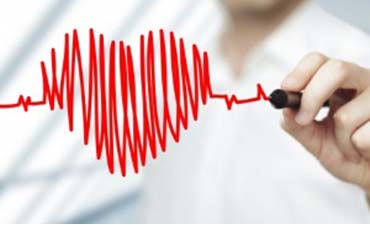 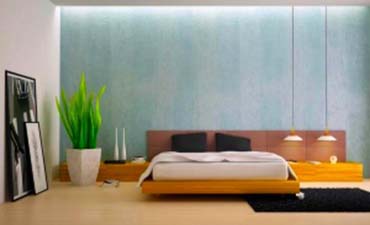 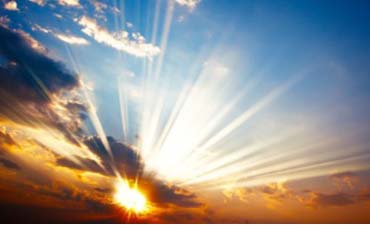 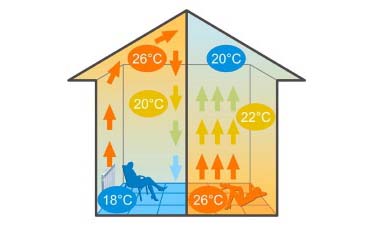 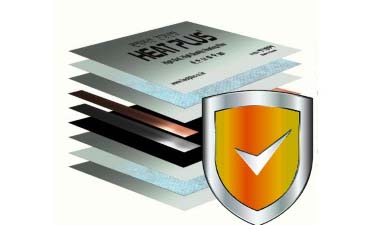 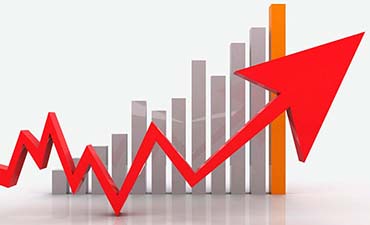 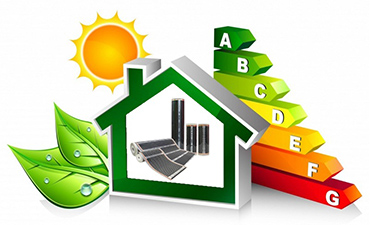 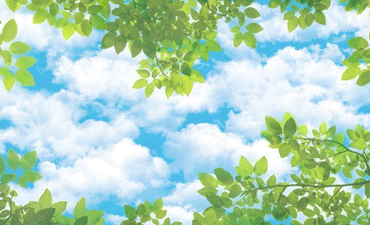